We’ve come a long way since the only way to apply for a job was to trawl around the streets handing out CV’s, seeking meetings with the manager of a company, or waiting for the job listings to be released in the weekly newspaper. Now we have multiple resources at our fingertips for seeking new employment. Online job portals and job search websites are packed with thousands of jobs which are updated daily – jobs which can be seen by every other job seeker with a connection to the internet. 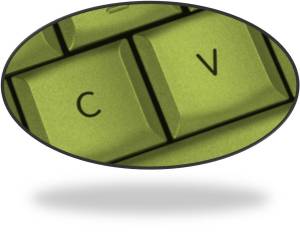 The ability to search thousands of jobs remotely sounds like great news for jobseekers, but consider the fact that every job that is listed is seen by many thousands of people; people who can apply as easily as you can. One of the perils of job hunting in the digital age was revealed recently after a Costa Coffee branch in the northern town of Nottingham, England, received more than 17,000 applications for eight new vacancies. If the shop had opted for a small sign claiming ‘now hiring’, that number would have been diminished dramatically.

Facebook is for sharing photos and Twitter is for following celebrities, right? In fact, social networking sites can present an excellent opportunity for jobseekers. The advantage here is that jobseekers will see vacancies posted by companies they’re already aware of, who they might rate highly, and whose company ethos they already understand.

A search in Twitter for #jobs along with the industry you’re interested in can yield some fruitful results. Try mixing it up with #hiring, #apply, #vacancy and remember to try specific terms which relate to recruitment agencies and positions – like Randstad Sales.

In doing this, we’re forgetting to personalise applications, stating our interest in working for a particular company, and telling the potential employer how we would be an asset to their team. In doing so, job hunters may be crushing their chances before the ball has begun rolling.

Jobseekers can improve their chances of finding a job in the digital age by thinking about which companies appeal to them, why they’d like to work with them and then visiting their websites directly to view current openings. Even an email to the HR department with a CV and a brief cover letter can convert to a job offer and specialist recruiters like Randstad Business Support are always on hand to help too.

Ginnie Richards, established freelancer and thinker, enlightening others with profound and informative knowledge through a network of academics and philosophers. Research for this article is credited to Kat Montgomery, Canadian staff expert and freelance writer.

1 thought on “Guest Post: Job Hunting in the Digital Age”