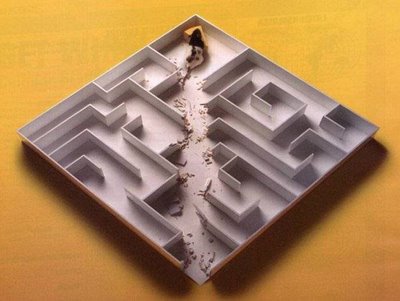 I’m off today, presenting a workshop called “Dealing with People You can’t Stand” at a Florida training conference. I expect a packed house (unfortunately.) I though this would be a good time to republish this post based on the book that inspired me.

For those of us who focus on tasks and systems, success means crossing items off your to-do list. Nothing is more satisfying at work than looking at a project and knowing that it’s on time, on budget, and adding value to the organization. We manage by goals and take pride in our ability to get things done.

You’re probably task-oriented if you:

Our personality counterparts are focused on relationships. They measure success through the quality and depth of their relationships and teamwork. Some experts estimate that 65 percent of workers and managers focus on relationships, while 35 percent focus on tasks. That feels about right, based on my observation of the workplace over the years. Both personality types are necessary for a smoothly-functioning office, as are the people in the middle who can negotiate and work with both styles.

If you read my blog posts regularly, it will not surprise you to learn that I am strongly task-oriented. Tips for goal setting, tips for getting organized, tips to keep you on track – it’s obvious that I care about getting things done.

But there are differences of opinion, even among strongly task-oriented people.  Dr. Rick Brinkman and Dr. Rick Kirschner, authors of Dealing with People You Can’t Stand, calls the two types of task-oriented people “Get it Done” versus “Get it Right.” And even though we both focus on tasks, we can drive each other crazy.

For the record, I’m a “get it done” person. I believe that the shortest path between two points is a straight line. (For those who want to do the math, have at it.) I abhor procrastination, tangents, redundancy and decisions by committee. I believe in asking for forgiveness, rather than permission.

Thank goodness not everyone is like me. We need rules, policies and chains of command to balance people who chew through the maze instead of running it. (You have no idea how hard it was to type that last sentence.) The conflict between the “Get it Done” and “Get it Right” people is mostly about speed. The Get it Doners have a bias toward action; they want to see progress on a goal as soon as we’ve decided on one. The Get it Righters so not feel the same sense of urgency; they care more about quality than speed.

When the two types work well together, they learn to trust each other and how to moderate their natural tendencies. When they don’t trust each other or can’t communicate effectively, they become the proverbial irresistible force and the immovable object. The more the Get it Doner pushes, the more the Get it Righter digs in. It’s not a pretty sight.

Drs. Rick and Rick call the frustrated Get it Doner “the Tank.” When frustrated, the Tank will lash out at whatever or whomever he considers to be an impediment to progress.  In his eyes, you’re either part of the solution or part of the problem; there’s no middle ground. If you’re the unlucky obstacle, you feel like pavement in front of a steamroller.

If you feel attacked in a disagreement with a Get it Doner, the secret is to gain her respect. Tanks don’t attack people they respect, that is, people who know what they’re talking about and have the courage to stick to their guns. The first step in dealing with this conflict is to remain calm and stop the tirade (if there is one in progress.) Then calmly remind the Tank that you are both on the same team and have the same goals (I assume that this is true, and that you are not actually just being obstinate, arbitrary, or micromanaging. If you are, you deserve the tirade. Take it like a man.) Remind or inform the Tank of your very good reasons for needing to take more time. (Note: they had better be very good reasons.) Assert your authority in this situation (“My name goes on the final inspection report, and I refuse to compromise on quality.”) Then walk away, literally, or metaphorically.

What if you are the Tank and frustrated by a Get it Righter? If you have someone in the office who is frustrating everyone with their slow responses and perfectionistic approach, you have a ticking time bomb on your hands. Even the most patient person can become a Tank when faced with unexplained delays or changes in minute process details. Often, the frustrated Get it Righter will shut down; she won’t help the project along or tell you what’s wrong. You get no feedback but mute resistance and hurt looks. How do you get her back on the team?

The secret is to give her time and encouragement to open up and tell you what she thinks is wrong (with the current plan, the process, or you.) If you ask questions that can be answered with yes, no, or a grunt, that’s all you will get. Open ended questions (what, why , how) are the key, combined with your best expectant look and body language. According to Drs. Rick and Rick, you must give the Get it Righter plenty of time and encouragement to answer, and look like you expect an answer. This requires patience. Lots of patience.

If your Get it Righter still maintains that nothing is wrong, or she doesn’t know, take a guess. “I imagine that when Rick interrupted you in yesterday’s meeting, you felt like he didn’t care about the results of your investigation. It probably seemed like he didn’t respect the time you put into the report.” Eventually, your Get it Righter won’t be able to resist the temptation to confirm your guess or set you right. Then you can start the process of winning her trust and moving forward.

2 thoughts on “Getting It Done Versus Getting It Right”